This article was published in Untitled Magazine in October of 2013. Click the RVW image to go the published article. 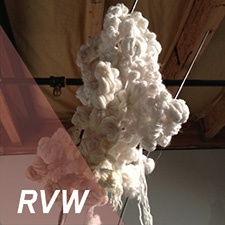 Lauren Seiffert’s work demands that viewers choose a side.

RVW is a regular series of brief exhibition reviews written by PNCA students and alumni. They are published monthly and feature works and exhibitions by students, faculty, staff, and alumni. If you would like to suggest an exhibition for review, or would like to be an UNTITLED reviewer, please email the editors at untitled@pnca.edu. 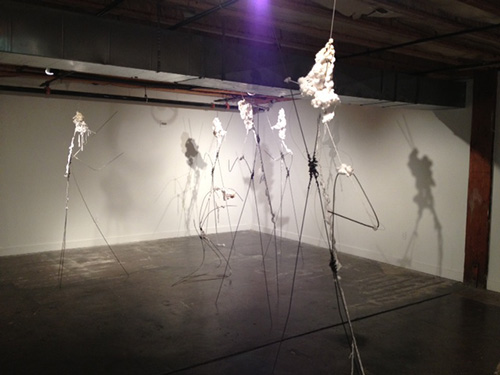 Lauren Seiffert’s (MFA VS ’14) installation, Crowdsourcing Revenge (Justified by Comments), explores how human actions and interactions are affected by cultural and physical systems, specifically social media and the phenomenon of crowdsourcing, and applies sharply contrasting materials to ideas of justice and revenge.

Seiffert’s work invited me to join the crowd. Upon walking through the doorway to the gallery space, I was waved in by a tall spiky creature who clearly wanted me to be a part of what the others were doing further in. But the abstracted and representational scene quickly tied me in knots, held together as it was by rough gobs of welded steel and wrapped clouds of off-white yarn. In the center of the room, four similar creatures stood around a kneeling figure and gesticulated, pointing to the sky, as if channeling judgment. Their hard limbs radiated along diagonal lines from soft, tangled torsos, while the central figure kneeled, shamed into an all-soft S, its head in its hands as if to shield itself from their onslaught.

Surprisingly, the focal point of the exhibition was not on this central figure, but instead on the bright wigs of knotted and balled yarn atop the towering figures surrounding him. On the walls, shadowy clones of the figures overlapped to suggest a gathering crowd of hovering souls, observing, like me, the scene in front of them. Vivid lighting, carefully aimed, doubled the pattern of shadows to create receding dimensions of grey against vast empty spaces clearly separating Seiffert’s characters with unspoken words. The rhythm of shapes against this “empty” space made up their silent language, creating a moment of gathering, calling, and making-public. White to yellowish not-quite-knitted yarns formed 3D faces and suggested the hint of guts against cold blackish steel. United only by the material that made up their bodies, the six figures perhaps belonged to the same species but had been divided by an invisible yet tangible barrier.

Despite the bright lighting of the gallery space, this demarcation ran through the layering of physical position, the side chosen, or unknown prior actions taken in another gathering place, and whispered of the darkness of group shaming, and clawed at me to join in. Standing with and observing those figures around the circle, I felt compelled to move past the wall of pain, and to stand alongside the accused and search his distorted body language for some sign of recovery after it was over.

MFA Gallery Central at Pacific Northwest College of Art is located in the College’s main campus building and hosts student and other shows throughout the year.

CROWDSOURCING REVENGE (Justified by Comments), by Lauren Seiffert, MFA VS ’14, is on view at MFA Gallery Central at Pacific Northwest College of Art in Portland, OR, through September 30, 2013.

How Thick Will Your Mulch Be When The Hordes Descend? 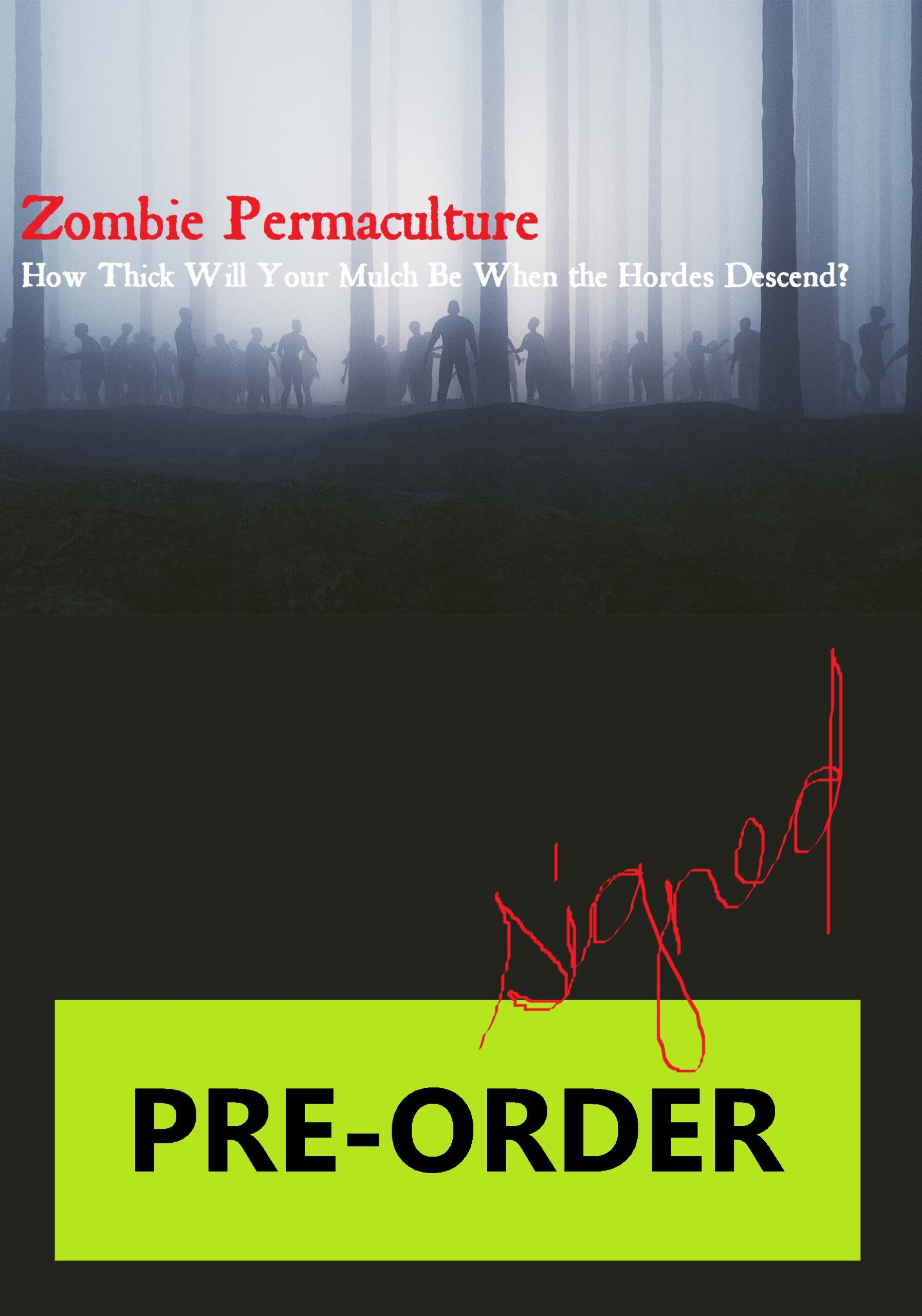 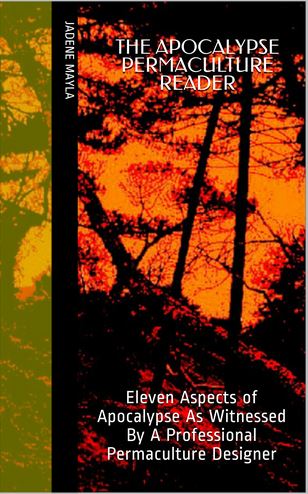